I thought I'd pop this on here for a bit of fun. I've just found this pic which was taken while I was working as a young camera assistant for HTV in Bristol. It's from 1980, on the set of The Curse of Tutankhamun's Tomb, in the Valley of The Monkeys in Egypt. It was an Amercian co-production and featured Raymond Burr, Eva Marie Saint and no less than Ian McShane who played Howard Carter, the English archaeologist and Egyptologist. It's a far cry from drone filming. Look carefully, I am in the pic somewhere! 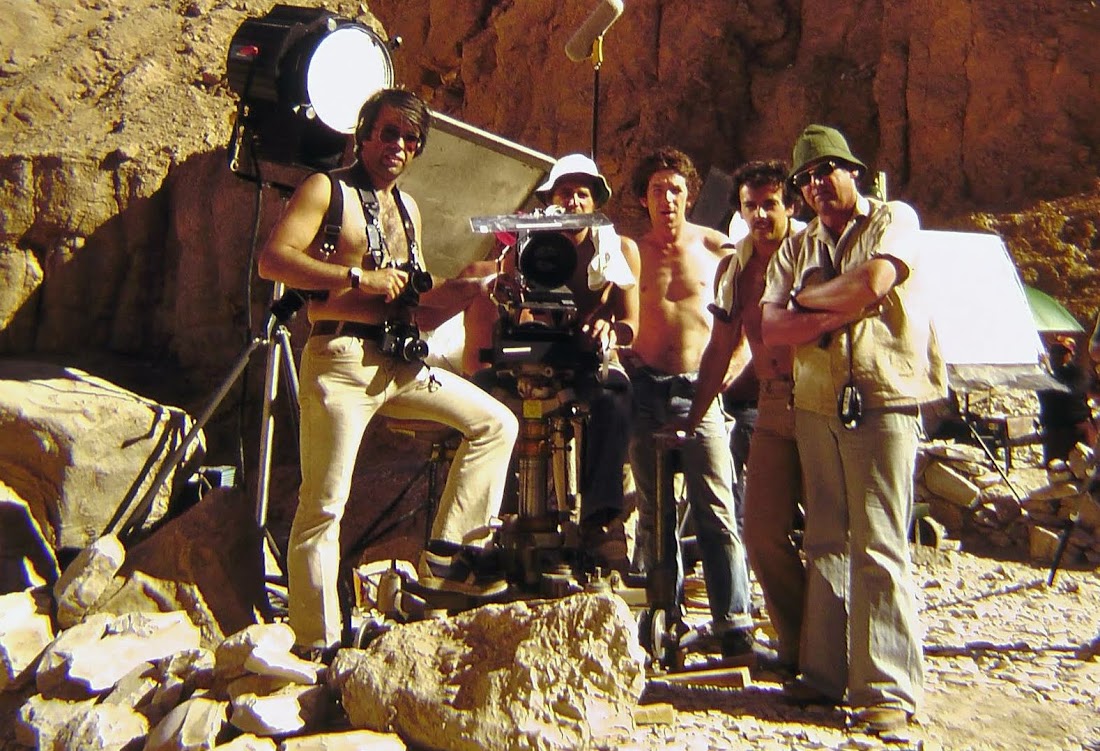