Every now and again a drone filming project comes along that both excites and inspires me more than other drone jobs. It's not unusual for these kind of projects to also bring with them both a technical and logistical challenge, not to mention, often a safety challenge. Such a job was offered to us only a couple of days before the task was to be undertaken.

I received a call from my friend and colleague Rupert Ward-Lewis, a Bristol based drone pilot, who could not fulfil a request from one of his clients and asked if we could step in and cover the task for him. It was not an unduly difficult request, but nevertheless it did carry it's own set of challenges, as do most sea fairing projects. The brief, to capture 4k drone footage of the Seven Seas Explorer arriving along the Solent as it prepared to dock at Southampton. The brief sounded fairly easy for the uninitiated, but I can clearly say, this was far from straightforward. 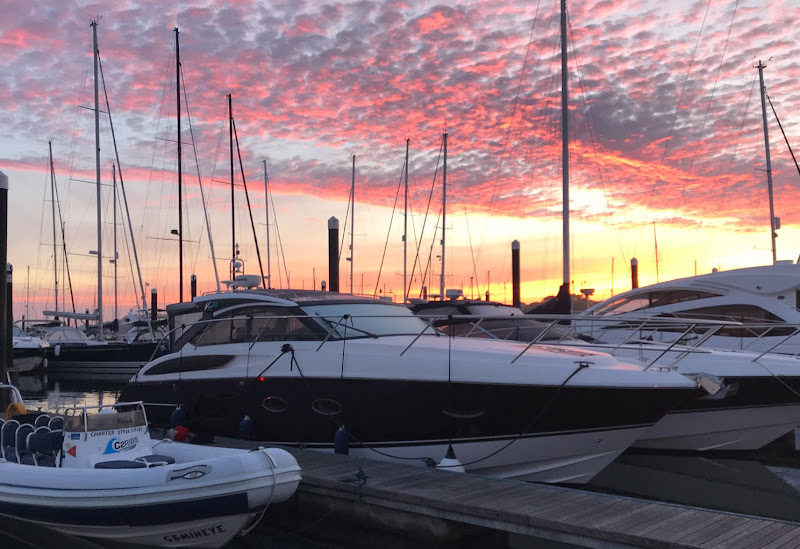 The time set to film arrival of the ship entering the Solent, was sunrise, 05.00hrs. We arrived the day before on Friday afternoon. A quick inspection of our launch boat confirmed our thoughts about hand launching and landing our Inspire 2 drone. With travelling some distance from our previous flying location, it was also important that the GPS was recalibrated. We performed this task at a beach close by and also practiced some further hand catches. 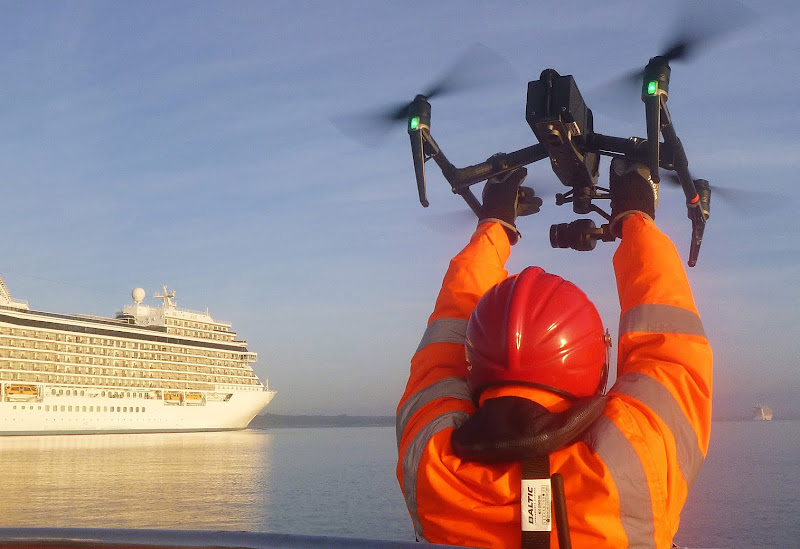 The biggest issue anyone has when launching a drone from a boat is the Return to Home (RTH) function. Losing radio connection with the drone, while flying close to ships' communications and radar systems, is a highly likely scenario. Under normal circumstances, if our drone loses it's radio connection with the pilot's controller, or has a battery issue, then the drone will automatically return to where it launched from. While travelling on a boat, this is clearly not possible as the drone would simply return to a position which is different to the current position that the launch boat has travelled to! To deal with this issue we enable a separate bit of kit which regularly updates the pilot's position, this is called a Dynamic Return to Home function. Using this is of vast importance, as there is a plethora of drone incidents related to this problem. 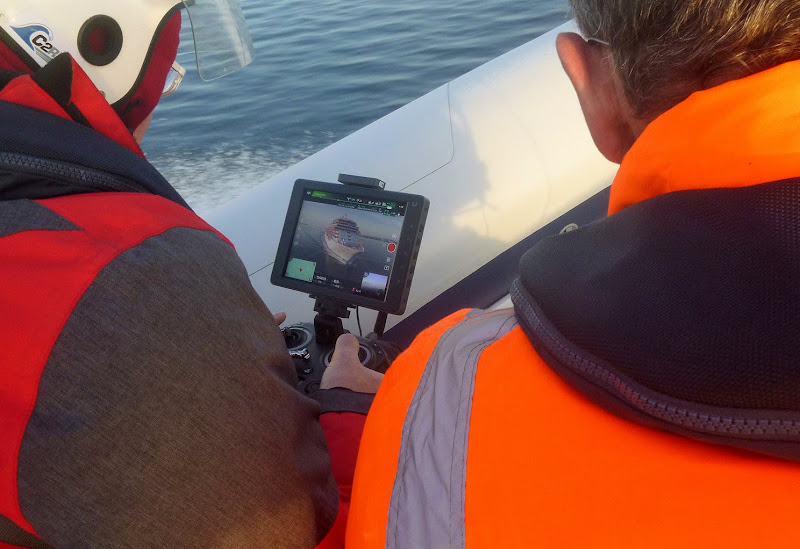 One of the big pressures in capturing this kind of drone material, is the time constraint. From the time the ship was to enter the Solent and arrive in dock, it gave us about 30 minutes to capture the footage. Maintaining separation from the FRZs (Flight Restrictioin Zones) of Solent and Southampton airports was also a major consideration during our pre-deployment survey. We were extremely lucky with the weather. The wind was calm and we had little cloud cover. The icing on the cake was that there was virtually no swell or waves, which made the self medicating of Stugeron tablets unnecessary! All in all, we were very pleased with the project and look forward to similar aerial filming in the future.